B2B Startups: Why Category Creation Should Be Your №1 Priority

Do you know what the odds are for any B2B startup becoming a long-term successful business?

Recent data from Notion Capital puts the fortunes of early stage tech into stark relief. Only 6% of the companies make it from a seed round to Series A, only 23% of them make it from Series A to Series B and only 33% from B to C. Overall, that’s a 0.5% chance of success.

If you’ve ever read Geoffrey Moore’s ”Crossing The Chasm” and wondered what a chasm looks like, that’s it. 0.5% chance of success.

So, what’s the most important thing a B2B company can do to substantially improve its chances of success?

Let me start answering that question with a quick pop quiz:

What do all of these companies have in common?

They’re long-term successful businesses for sure, and market leaders too. But that’s not all. Because what all of these companies really have in common is that they intentionally set about designing their own completely new Category and positioning themselves as Category Kings of their markets.

What these companies also have in common is what they didn’t do. They didn’t set out to create something better or cheaper or with more interesting features. They created something entirely new. Entirely new categories that were completely different from anything that had come before.

Probably my favourite example — which you can read more about in Play Bigger by Al Ramadan et al — of a Category creator is Clarence Birdseye. Yes, there was a Mr. Birdseye, though he didn’t look much like the photo above. Back in the 1920s, Clarence was a naturalist with the US Government way up in the north-east corner of Canada where he saw how the Inuit people would throw their fish on big blocks of ice to flash-freeze them. Flash-freezing has the benefit that when you thaw out the fish, it tastes just as good as when you froze it.

When Clarence got back to the US, he started experimenting with all sorts of flash-freezing methods and discovered you could also freeze meat, poultry, fruit, and vegetables in the same way. And so, the Frozen Foods category was born.

But for Frozen Foods to become a real category, just inventing and producing the product wasn’t enough. There was no pathway to the consumer, so Clarence Birdseye also had to invent freezer cars for the railway companies that would transport his foods and freezer cabinets for the stores that would stock his foods. He also had to educate the market, running adverts to show them how frozen foods weren’t just better than canned foods, they were a totally different proposition.

Category Design has particularly profound implications for the tech industry. You could argue there are many car manufacturers, many frozen food companies and many home appliance providers. But in the tech industry, things are different. In any given category, the Category King takes a vast proportion of the market’s profits.

Take a look at these two examples. In 2014 Apple took 91% of all of the profits from the entire smartphone market. 91%! In 2016, in an even newer market, Uber had an estimated 85% market share, which despite Lyft’s recent raise, is probably only going to increase. If you think there’s space for second or third players in any given category, think again. The category king in tech dominates in a way rarely seen in other sectors. There is very little value in second place and no value in third place and beyond.

If you cannot define yourself as a Category King, someone else will and they will eat your market.

So, going back to my earlier question. As B2B companies, what’s the most important thing we can do to increase our odds of success?

Perhaps the first thing to say is what we shouldn’t do. And that’s to be better.

And what I mean by that is, what’s most important is to be different, not better. If you claim you have a better offering than an existing Category King, then all you’re doing is re-enforcing the position of their category. And gravitational forces will always pull the market back to the perceived market leader.

Even if you do have a better solution, if you play in someone else’s category, all your efforts will simply re-enforce the position of the existing category leader.

It’s so much easier, and safer, for a purchasing decision maker to opt for the market leader that as soon as you start talking about being better, rather than different, all you’re doing is pointing people back towards your competition.

A perfect example of this is Hubspot. Hubspot is basically a CRM. And when Hubspot was founded there were dozens of CRMs out there, including the 800lb gorilla and Category King — Salesforce.

What Hubspot could have done was to say, we’re a brand new CRM and we’re better than all those other CRMs out there, including Salesforce, because we do this, that and the other thing better. Salesforce is, in many ways, a terrible CRM — had Hubspot taken this approach, it would’ve been hard to blame them.

However, what Hubspot actually said was this.

Outbound sales and marketing sucks. It sucks for the people doing it, it sucks on conversion rates for the companies doing it and it even sucks for the people on the other end receiving it. So we’ve invented a completely new way of engaging with prospective buyers and we’re calling it Inbound Marketing. It’s completely different from anything that’s come before.

If you read anything that Hubspot publishes, you’ll find they almost never talk about what they do and certainly not about features and functionality. They talk about the problem first and only then do they talk about this new way of doing things — Inbound Marketing.

This is one of the defining characteristics of a Category King — they spend more time educating people about the problem than talking about their solution.

Take any B2B startup’s sales pitch today and most likely you’ll see a slide or two on the problem and then fifteen slides on the features and functionality of their product.

So how do you go about doing this? How do you design, define and create your own category?

The first question I ask any new B2B company I work with is:

‘What problem do you solve for your customers?’

I almost always have to ask this question more than once. The first answer usually involves a condensed description of what they do, rather than what problem they solve.

So I ask the question again. With a bit more emphasis.

‘What problem do you solve for your customers?’

Occasionally there’s an ‘aha’ moment and it elicits a better explanation, often though just a rehashed version of what they do.

The reason this question is so important is that it’s at the heart of designing a new category.

When you’re defining a new category, you need to focus on the problem first and the solution second.

Let’s look at a couple of well-known examples of how this works in the tech space.

The Problem: Banks suck. They’re unfriendly, unhelpful and dumb. We’re creating an entirely new way of banking. A bank that’s as smart as your phone.

The Problem: Foreign exchange sucks. It’s complex, expensive, but most importantly unfair. We’re creating an entirely new way of moving your money across borders. A much fairer way.

Time will tell just how successful these companies will be with their new categories, but they’ve set themselves up in a great position by defining their own category and setting themselves up as a category leader.

Defining your Problem / Category is the start of category creation, but it is only the start. Once a company has defined its category it needs to design its entire product and company strategy around fulfilling the needs of this new category. Just like Clarence Birdseye did.

They guys at Play Bigger (playbigger.com) define it like this, where the category design, the product design and the company design all work together to create a Category King. It would be no good, for example, if Monzo’s app was terrible or if their customer service wasn’t completely awesome — which it is. Everything needs to be in alignment for the Category Creation strategy to work.

If you want the best chance of success you have to design and create your own category and then design your product and company around executing on that category’s vision.

So, where do you go from here? First, read Play Bigger. It goes into much more detail on Category Design with many real-world examples that you’ll be able to relate to.

Next, find someone who can help you on this category journey as it’s not something that can be done purely in-house — the people inside the business will be too close to the problem to have maximum effect. Plus, they’re probably already insanely busy doing everything else you need them to do to run their business. 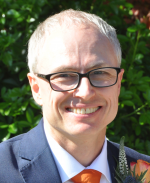 Navigating the ever changing recruitment landscape

Scale-ups are the new start-ups