Challenges in the inbox of the new Mayor

The new mayor of London will be elected in May. Whoever wins, helping the digital tech sector reach its potential should be a priority. After all, the sector contributed £2.9bn to the London economy between 2009 and 2013. It employs over 250,000 people and our capital is ranked number one in Europe for start-ups. So it has a lot to be positive about.

But the picture is not universally bright. We struggle to turn our startups into global companies with thousands of employees. Finance and skills, and the cost of doing business in a competitive city like London are often given as reasons creative and tech companies are being held back.

Tech firms struggle to get the right talent needed to sustain growth and innovation. This is made more acute by difficulties with the education and skills systems. True, putting computer science on the national curriculum, creating the National College for Digital Skills, building ever closer links between industry and academia will help in the coming years.

But in the meantime we cannot choke off the supply of cutting edge skills the sector requires. There will always be a need to bring in key talent from overseas, International firms will always require international experience which cannot be taught or replicated. Recent suggestions by the Home Office to enforce further restrictions on the tier 2 visas will only exacerbate the problem, effectively hamstringing one of the biggest drivers of growth and productivity in the economy.

The EU’s free movement of labour also gives London’s tech sector access to a combined population of over 500 million. Changes to our ability to access Europe’s best talent at short notice would affect our competitiveness further.

Domestically, decisions about skills are best made locally, so London’s government needs control over funding and how it is spent – and it needs responsibility for monitoring success. This would help 380,000 learners a year to better develop the skills that the economy needs, remove duplication in provision, address poor performance and reward excellence, and ensure colleges and training providers respond quickly to changing demand and supply.

The next mayor should lobby for the devolution of the £577m given to the Skills Funding Agency to support London workers.

Space to work and live

Common across all sectors in the London economy is the issue of an acute lack of housing. Business people in the tech and creative sectors are increasingly worried that talented people are being forced away, or put off coming to the capital by the increasing costs of housing.

A lack of cost-effective workspaces can also make it difficult for businesses looking to scale up.

The next mayor should therefore prioritise developing a credible strategy to deliver the housing needed, while retaining diverse office spaces to maintain a strong economy.

Alongside housing and office space is the issue of connectivity. London’s digital infrastructure is not quite fit for purpose for a city that is increasingly technology based. London was ranked number one for start-ups by the European Digital Cities Index in 2015, but drilling into the data shows chequered performance. While London performs well on quality, reliability and the low cost of its broadband, there are key areas of economic activity, seemingly without affordable access to superfast fibre broadband.

The next mayor will need to address London’s internet infrastructure to ensure high-speed, affordable and resilient digital connectivity across the whole of the capital.

Some startups are successfully breaking the early-stage growth barrier and turning into candidates to become large global companies and job creators. London has more scale-ups than any other UK area by some distance (2,264 firms compared to next biggest, Thames Valley, at 532). And more broadly, the UK is leading the way in Europe in creating the big success stories.

Yet despite our ability to create high-tech start-ups, many of these fail to grow into large independent global firms, instead either failing or being acquired by foreign firms.

Access to finance can be challenging for early-stage companies looking to scale-up. One issue is the perceived equity gap, in particular at the stage between angel investment (around £500k) and institutional investment (over £2m).

Bank debt often cannot fill this gap because in many cases innovative firms lack the necessary levels of collateral required by banks and the levels are too low for institutional investors.  However, is this actually an equity gap or is the issue more complex;  a result of a lack of leadership experience among the companies, a need for more targeted business support or better knowledge of products available?

Well, it is certainly true that many companies are accessing finance: in the first six months of 2015, investment by venture capitalists into Britain’s technology companies hit a record high with nearly $1.5bn raised and London’s tech companies secured more than 80 per cent of the total funding. The London Stock Exchange also plays a key role: UK scale-ups raised $4bn through a stock market listing, more than double what France, Germany, Spain and Italy collectively raised.

Public policy to support scale-ups has been effective, and demonstrable progress has been made over the past decade or so. The creation of the British Business Bank, funding programmes with private sector money, the establishment of specific VC funds, and tax incentives such as EIS and SEIS have all contributed. This situation should continue to improve as knowledge and experience of what policies and interventions work grows.

What is now needed is for better collaboration to be built between angel investors, venture capitalists and high growth companies and for London to prioritise coordinated and targeted policies to support early-stage investment. This will help highlight where real gaps are and continue to improve access to finance policy.

So, overall, when the new mayor takes office, he will find a capital – and a tech sector – with a great many positive signals. But there will be challenges in the inbox, and enthusiastic championing of the tech sector could help provide a real legacy. 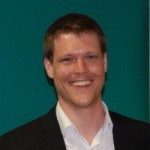 The Rise of Corporate Accelerators