Collaboration and innovation: A new era of Chinese business

The CENTI group is a cross-border platform connecting European technology startups with the Chinese market – and the purpose of the trade mission was to build links between the UK and China.

While in China we visited Wuxi, Ningbo and Shanghai. In Wuxi our visit marked the opening of a new centre, “the European Science and Technology Innovation Centre (Wuxi Sub-Centre)” — the name alone shows the desire to build links between Europe and China.

Building global links is high on the Chinese agenda, and is seen as key to economic growth. President Xi Jinping has positioned himself as a champion of globalisation and redirected the country on a path towards greater global engagement. Elizabeth Economy, a veteran in Chinese foreign policy, calls this Xi-led shift China’s “third revolution.”

Building links between the UK and China is not just a one way benefit. For a UK company, the promise of access to the Chinese market is game-changing. In crude terms, China has a population size of 1.4 billion and the UK just 66 million.

At the same time, innovation and technological development is taking place at a rapid speed in China. Christina Larson describes how China has become a tech superpower, observing that “change comes so quickly that the future can arrive before the past is fully stripped away.”

People in China are embracing this technological revolution. As a co-founder of a business focussed on women’s reproductive health, I explored the potential of the fertility market – and it’s clear that women are increasingly turning to technology to help them manage their reproductive health.

One example of a popular app is called “Fengkuang Zaoren,” which roughly translates as “Crazy for Making Babies” — and boasts an estimated 11 million users. Fengkuang Zaoren allows women to keep a daily log of their reproductive cycles, share pregnancy advice with other users, and read curated fertility articles. Another popular site, Babytree, is now the world’s largest parenting website with over 200 million monthly active users.

Infertility is a growing problem for China. According to official statistics, infertility in China rose from 3 percent in 1992 to 12.5 percent in 2012. China is facing the same demographic trends facing the UK – particularly the fact that women are having children later and later. Obesity and long-term health conditions like diabetes are also on the rise. This means that the number of people experiencing fertility and pregnancy complications is only set to increase. I spoke to a number of women in their mid-20s, who said they definitely didn’t want to have children yet. Just like women in the UK, they were focussed on their career, and were concerned about the cost of raising children especially in the city.

As a result, the fertility market in China is projected to reach $1.5 billion in 2022. There’s no doubt that to tap into this potential requires a deep knowledge of the Chinese market. Chinese business culture places a high value on relationships, and business meetings are often carried out face to face, and over dinner.

What’s evident is that there is a clear willingness to build links and do business with European startups in China — and that for both parties, the opportunity is limitless. 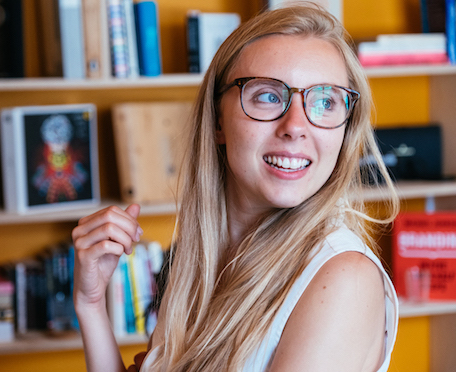 Trends in the Tech Recruitment Market 2018

London Retains Its Leading Role in the European VC Ecosystem