The interaction between government funding and institutional investment is evolving. Following the triggering of Article 50, the end date for Horizon 2020’s funding commitment looms ever nearer despite the fact that many of the UK’s most promising science and tech start ups are setting out with the intention of applying for these large sums of funding.
The UK’s R&D Tax legislation, which has come to be a much relied upon reimbursement for many innovators across different sectors, is also adapting. GrantTree has been made aware of recent appeals to HMRC by would-be claimants that, if heeded, would likely result in a wide-reaching nuance in the CIRD legislation coming under consideration. It has been argued that hardware, which HMRC has historically advised against claiming for, particularly in the instance of hosting, may no longer be quite so black and white. Specifically, given the developmental role that hosting plays in the training (and as such, the development) of novel predictive machine learning algorithms, there may now be exceptions to the rule. It is foreseeable, for example, that as innovations in the field of AI push the boundary of what can and cannot be classed as eligible for R&D expenditure, HMRC will have to look closely at how longstanding elements of the CIRD can be applied and adapted to remain relevant in the current technological climate.
But this is not the only change, R&D Tax Credits have been available for eligible companies now for the past 17 years and so many of the early stage companies that first made use of the scheme are now much larger. GrantTree has seen increased rates of enquiry with larger claims and a more rigorous methodology being applied to investigations. This is to be expected, with larger claims commanding more of the tax payers’ money and widening the gap for potentially spurious or even knowingly fraudulent claims to slip through. It is also in fact a good thing, companies with valid claims and the means to defend them have nothing to worry about and larger claims are now commonplace.
So what do scale ups need to assess in order to correctly navigate government funding further along in their companies growth? There are numerous factors to consider, but the rule for success is recalibration. Just as a pitch deck will change between seed round, Series A and Series B, so too will a companies government funding prospects. Much like institutional investment also, the stakes get higher and the risks more pertinent, with the partners that a founder chooses to work with becoming ever more important and worthy of re-evaluation.
A common example of a failure to recalibrate, that our specialists report back, are companies that have either been doing R&D claims for themselves or with an independent accountant. This is adequate for the most part whilst R&D expenditure is below the £100k mark, however in larger claims, the resulting exposure is twofold:
Firstly, a generalist accountant will often take a risk averse point of view when approaching a claim, in the knowledge that more complex (but importantly, eligible) expenditure is more likely to raise technical questions which they are not sufficiently trained to answer. For scaling organisations this can mean leaving significant sums of money on the table by not maximising the claiming of periphery roles such as UX/UI testers, connected subcontractors and product-steering senior executives. In a recent case, GrantTree was able to uplift a client’s previous R&D claim by 318%. Bear in mind that this was a company that was ‘already doing R&D’ with their accountant.
Secondly, often but not always, enquiry resolution is not covered by the service offerings of generalist accountants and is instead covered on a time and materials basis at the point of enquiry. With claims that grow significantly from one year to the next, so too does the risk of a costly enquiry to defend. At best, these are small queries which can be handled over email in a matter of days, at worst though enquiries can be drawn out over months, involving deep technical and financial analysis. As there are rarely technical specialists on hand to defend such enquiries, accountants will regularly charge on a time and materials basis (sometimes as much as £680 per hour) to bring about a resolution. Outgoings like these can quickly erode the cost savings of using a generalist provider.
It is often worth thinking about the wider context of any variable that has a direct effect on the balance sheet and government funding is no different. Existing investors like to see that a growing team has explored all potential avenues for funding before returning to them to follow their money in subsequent investment rounds, whilst new investors are reassured by a company which has a handle on the elements of financial legislation which pertain to their business. Great examples of this are the SEIS/EIS investment schemes which have now become all but a prerequisite in order to attract angel investment. Building government funding into the cashflow forecasts for a business has made the difference between success and failure for a number of the companies that GrantTree works with, ensuring that no money is left on the table and vitally extending the runway of early stage, often pre-revenue businesses.
Finally, a parting note on acquisitions; a client of GrantTree’s recently made an acquisition of a smaller business that was conducting significant amounts of R&D, however after the purchase was finalised, it was discovered that none of these costs had been claimed back and that a sum equivalent to roughly 5% of the acquisition value remained unclaimed. The client was able to retrospectively claim back this cash, making the acquisition all the sweeter. This is a key example of how an R&D analysis of company assets can be a lucrative annual check to put in place and how this seemingly unrelated process can have an effect on decisions which are prioritised at the core of a business. 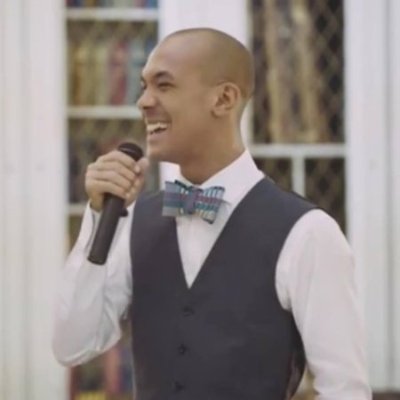