As we commence the second year of investment activity at LCIF, it appears to be an opportune time to look back at what has been a busy year and reflect on some of the learnings.

We have made 40 seed stage investments in London startups since January 2015. The spread has been reasonably broad, if a bit overweight on B2C/digital/transaction-based ventures. Given our operating model, this spread is driven by the investment activity of our co-investment partners, and as they are 10 of the more active investors in the space, this should not be too far from overall activity in London.

Have the valuations crept up?

Our anticipation at the commencement of investments last year was of round sizes of c. £500K and valuations (pre-money seed rounds) of c. £1.5M. Our portfolio has an average round size of £700K with an average pre-money valuation of c.£2.7M. Notice the slight correction in valuations in Q4 though. Has LCIF contributed to this shift by making extra funds available?

We have invested more at higher valuations, and still been crowded out!

Some sectors racier than others?

We need to be a bit cautious here as sample sizes in some sub-sectors are too small to draw inferences. Nevertheless, market observers may find some resonance with the picture below. Fintech, Edtech and Digital businesses have managed to get higher valuations on average, than Adtech, SaaS, Healthtech, Cleantech. As a co-investment fund, LCIF will continue to make investments in 2016. If anything, we expect to make more investments this year, given that our own operations are better bedded in with our partners.

However, listening to other early stage investors, there is a concern in the marketplace of high valuations and unfulfilled sky-high expectations. This might get compounded if the market turmoil and deterioration in general economic conditions leads to metrics being missed.

Combine this with the Series A crunch and there could be a pull back by professional investors. 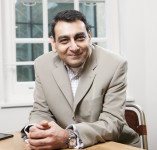 Challenges in the inbox of the new Mayor