Make something magical, people will buy it, and money will follow

I sat down with Sukhendu after his meeting with the founder of a Fintech company, whom he mentors. Sukhendu is different from many angel investors, as he often mentors founders/CEOs where he isn’t an investor. Because of his stellar record of investing and hiring in different industries (technology, financial services and retail), I was intrigued to find out how Sukhendu approaches investing, hiring and mentoring, and if he has any pearls of wisdom for any future budding investors.

What do you look for as an angel investor before investing?

Angel investors fund more than 16 times as many companies as VCs. Yet, there is scant data available on the decision making process of the Angels who invest. I personally focus on the founder and the founding team, and much less on the start-up’s sales, customer base or existing list of investors. When I receive a pitch deck, for example, I read the resume section first, because without the right team and right leader, none of the other parts really matter. I am a firm believer, it is people who bring prizes as opposed to conventional thinking that product or market matters most. After all, it’s people who create the products and adapt these to the market.

As an investor, what drives the most successful start-ups?

What drives the most successful start-ups isn’t money, it’s the mission. I remember meeting Steve Jobs over a BBQ in 1987, he said even then, “People who chase money never make it.” When a friend of mine, also at the BBQ, asked, “How do you make money then?” Jobs answered, “Make something magical, people will buy it, and money will follow”. Looking back over 31 years, we can see how insightful his words were, helping Apple become the most valuable company in the world. Founders who create the greatest value for themselves and their investors are those with a mission of changing the world. On the other hand, start-up founders just in it for the money, normally sell out to big companies. I do not know any company which changed the world by selling early.

You want the UK to produce more unicorns and IPOs. What’s stopping them?

There are many factors at play here in the UK. The top three barriers are: poverty of ambition, shortage of talent and damaging governmental policies on student visas and immigration. Let’s consider them in turn.

How do you avoid funding unsuccessful start-ups?

Many investors are financially literate with accounting qualifications, are you?

In the UK, we’ve more than 360,000 qualified accountants. We also have the highest number of accountants per capita in the world and more accountants than all the other countries in the EU combined. Yet, these accountants completely failed to spot the recent financial catastrophes, which prompt me to ask: has the UK economy derived any benefit from this disproportionate emphasis on bean counting? I’m financially aware, but I don’t have professional qualifications, such as ACA, ACCA, CIMA or CFA. I come from a science/engineering and business management background. I learned business finance from Geoff Squire, who with Larry Ellison built Oracle.  Geoff used to teach me financial and management accounting in the car while we drove from Richmond to New Barnet in north London to meet a client in the insurance industry. Harvard didn’t teach me what Geoff taught me during our car trips. Looking back, this is what great leaders do, they teach and mentor young people on the job. I don’t invest in a start-up because of positive cash flows or projected cash flows. I look at a founder and ask, “If we set out on this path, how large can we become? How disruptive will its product be if it’s successful? How many industries will this impact?”

Would you invest in start-ups where the founders exaggerate the truth?

When I go to start-up events and listen to slick presentations, I hear a large dollop of exaggerations, half-truths and marketing of white lies. However, this is nothing new. Founders themselves sometimes admit to stretching the truth, though they usually wait until they have made it before they confess! Martha Lane Fox, who co-founded Lastminute.com nearly 20 years ago, admitted she concocted some early customer testimonials to ignite interest. She is now a baroness. For me authenticity of founders is of absolute importance, and I will not invest in a start-up where I know founders are not authentic, even if one day that start-up becomes the next Lastminute.com.

How long have you been investing and what have you learned?

I started investing in a professional capacity over two decades ago when I led the emerging markets of Citigroup. At that time I invested in start-ups in emerging countries which were high risk investments. Later, I started to invest in a personal capacity investing in Technology, Retail and Fintech. All my investments produced expected returns, except one. The investment which went south was in technology, the very industry I meant to know the best! Since, it’s rare for angel investors to invest in female founded technology start-up in the UK, and I wanted to do something about it, I decided to invest in a female led venture. Looking back, I realised that my investment decision was based more on blind faith than facts. I learned a lot from this and here are my Do’s and Don’ts:-

Do consider investing in a start-up where the founder(s) are;

Can you predict a start-up’s success based on the concept alone?

The difficulty of separating good ideas from bad, is why angel investor’s end up investing based on the quality of the founding team. The perceived quality of a start-up idea predicts success in some sectors, but not in others. For example, if you are investing in a life science start-up, the initial idea seems to matter more than if investing in software or consumer products.

Does high-quality VC funding increase the success of start-ups?

Evaluating the importance of VC funding for start-up success is a tricky problem. At first glance, this seems obvious, since a large number of companies which go public, received venture funding early in their life cycle. Within the VC industry, the odds of success improve with the quality of the investor. So, it would seem that obtaining the backing of a top-tier VC is an important stepping stone for high-growth start-ups. However, it isn’t that straightforward. VC funding comes with a high price tag, and many start-up founders want to avoid it or delay as long as possible. While Google and Facebook took VC funding early in their lifecycles, Oracle, Microsoft made amazing progress through bootstrapping and angel investors.

Can angel investors be a liability rather than an asset to start-ups?

How much or little can you invest to make a difference?

There are no hard and fast rules, it could be anything from £25K to £2m, depending on where a start-up is at its development cycle. To make a difference, however, start-up founders need a lot more than money. They want to know “how to” grow their businesses.  They often need help crafting a new business model or refining an existing one.  Support is frequently needed to create an organisational model that’s capable of scaling up, and how to attract, retain and motivate top talent. I often find myself investing with other angel investors, and no matter how much I invest, I prefer start-up founders to manage their companies by bootstrapping, rather than as a ‘life-style company’.

How risky is it?

Risk comes when you don’t know what you’re doing. That means investing in a start-up without fully understanding the founders, market and how its product creates value for customers.  However, even when you do know the market any investment involves running with risks. Financial investments in start-ups are no more risky than other form of investments we make in life. For example, which university to go for our education, and which companies we work for to advance our career. The degree of risk I take is directly proportional to what I know or don’t know about a start-up.  I invest in start-ups, as well as fully fledge companies, where I know the product/market and trust the Founders/CEOs. When I invest in companies, I am always happy to hold for 5-10 years.

How different are start-ups today from the past in terms of how they operate?

Today’s start-ups are willing to take higher risks, primarily because raising money is easier today than in the past. They take higher risks by using someone else’s (investors) money. Compare this with yesterday’s founders who took risks, but calculated ones, due to the fact they were either self-funded or funded by families and friends.

In 1980s and 1990s most start-ups who became successful were founded predominantly by men. Many of today’s start-ups are founded by women or combination of both. Consequently, today’s start-up founding teams are more diverse and inclusive than yesterdays. If this trend continues then in a decade we may start to see really diverse and inclusive boards without needing governmental interventions and laws.

You go out of your way to emphasis hiring great people.  What attributes do you look for?

Great companies are always made up of exceptionally talented people at the formative stage. The first 20 people are critical hires for any start-up. At the formative age of Oracle, Larry Ellison told us to hire people based on three simple principles:-

A start-up or growing company is unlikely to go wrong following these immortal principles. 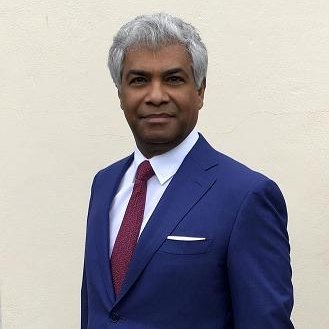 Why do we need more female investors?

How to hire the best talent