Open Finance Is Doomed To Fail Without a Radical Redesign

Open Banking was supposed to be the ‘big bang’ moment for UK fintech. But now we are over two years on from the launch of the scheme, and there are only limited signs of success. The latest statistics show that a little more than two million customers are using open banking, a far cry from the “fintech revolution” promised in 2018 which seemed poised to revolutionise the sector for millions.

Earlier this year, Monzo’s Tom Blomfield, became the latest big-name founder to air their frustration towards the flagship regime. “The positive effect of Open Banking on innovation has been nil,” Blomfield said. “I don’t see any businesses based on Open Banking in Europe whatsoever.”

This might seem like hyperbole, but it really isn’t far off the mark. The banks have done a great job of frustrating the project over the years.

Having been actively involved in the pitched battles of getting PSD2 over the line – the EU regulation empowers consumers to share their bank account data with fintechs with their explicit consent – I witnessed first-hand just how these financial giants were able to use the dark arts to water down this revolutionary consumer empowerment right, and maintain their gatekeeper roles.

First, they sent armies of slick lobbyists and magic circle lawyers to Brussels to carve out a requirement on Strong Customer Authentication (SCA). This anti-competitive rule means that every 90-days open banking connections are broken, which has forced fintechs to endure customer attrition rates between 13% and 65% according to industry data, rates which are not viable for any business at either end of the spectrum.

This has been made even worse by this whole process being managed by the very same banks for which open banking measures were introduced to provide competition. There is little incentive for them to get this right.

Now the Government and regulators are starting to think seriously about how to unlock an extended version of the scheme – ‘Open Finance’ – which would require banks to not only share current account data, but also savings, credit, investment, mortgage and pension data with fintechs.

But we must fundamentally change our approach now, otherwise Open Finance will be dead on arrival, and just as anti-climactic as its precursor. Simply broadening the remit of Open Banking won’t solve the inherent problems faced by fintechs.

New research published by The Coalition for a Digital Economy (Coadec) not only outlines a blueprint for achieving an open finance framework that works for consumers and fintechs alike, it also suggests that it would be possible to unlock the benefits of Open Finance within two years. The EU has already committed to having an open finance framework in place by 2024 – time is of the essence.

First, we must empower consumers with a data-sharing right that gives individuals and businesses a guaranteed right to access and share all of their personal and financial data directly or through a third party in real-time. This is vital because banks are seeking to entrench their dominance once again by levelling charges on third party startups for accessing financial data – via so-called “Premium APIs”. If anyone owns this data it must be the consumer, so why should banks be able to charge for it?

Once this right has been established by legislation from above, we should then utilise the market of API specialists – like Plaid, Truelayer and Yolt – to get on and compete in building the open finance connections from below. As open finance will encompass disparate and diverse sectors, it will be extremely difficult to coalesce around a particular technology and governance standard like in open banking. If we’re looking to lay the foundations for a wider data-driven ecosystem beyond just finance, then we’ll need to use different infrastructure.

This isn’t a novel idea either. It has been the approach taken by the Australian Government who have introduced arguably the most expansive open data regulatory initiative in the world. The Australian Consumer Data Right (CDR) will give consumers the right to access not just their financial data but also utility and telecom data by 2021, even though they started on their journey two years later than us.

The key to their success has been a mixture of a government-led approach, providing a legislative driver that gives customers the right to share their data with fintechs and other third parties, and a market-led approach, by enabling API specialists to compete and act as service providers that simplify the connections between banks and fintechs.

Finally, the government should seriously consider removing the 90-day reauthentication rule. It is an unnecessary barrier that is preventing millions of consumers from accessing better financial services, and is forcing fintechs to endure customer attrition rates of 13-65% – rates that are not viable for any business at either end of the spectrum.

As the Brexit transition nears, Chancellor Rishi Sunak has already let it be known that he will “review our regulatory framework on financial services” and that “not being inside the EU more generally gives us a chance to do things differently.”

Whilst I’m generally sceptical of the supposed benefits that wholesale changes to EU regulations will bring, this is one tweak that should definitely be considered. There are better solutions out there. By moving quickly to embrace an open finance environment, and correcting the deficiencies within the existing open banking regime, the UK can set an example and continue to lead on fintech. 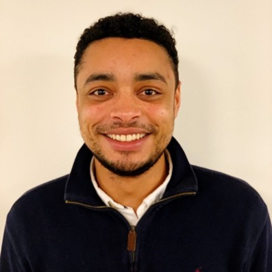 Head of Policy at the Coalition for a Digital Economy (Coadec)

What can the experts on emotions tell us about how best to manage our finances?