Scale-ups are the new start-ups

The last decade has been all about startups.

The sheer volume of companies being registered, with over 600,000 new UK companies last year, and the ecosystem that has developed as a result, over the last 10 years has been staggering.

The rapid expansion of incubators and accelerators has been a catalyst of change, and these programmes are now a wide-reaching and global industry. They first hatched as an idea in 2005, when Y Combinator was founded in the US. Europe quickly followed suit with Seedcamp launching in 2007, followed by Startupbootcamp in 2010. These fixed-term batch programmes typically offer entrepreneurs funding in return for an equity stake, office space, mentorship and an opportunity to pitch their products and services to a room of experts. Over the course of the programmes, founders will have had the opportunity to develop their proposition, refine their business model and obtain some validation on the scalability and commercialization of their offering.

A recent report by Nesta (2017) suggests that there are currently 368 such programmes in the UK alone, supporting over 7,000 businesses each year. London remains a key hub, with over 50% of accelerators based in the city. Nesta’s research also revealed that accelerators and incubators are now seen as alternatives, rather than precursors, with cohorts supporting companies at similar stages and sectors.

As well as these programmes, the co-working spaces and the boom in mentoring means that early-stage companies are very well catered for. It’s the later stage companies with untapped potential who now need to be taken care of.

The next decade will be all about scaleups.

Few formal definitions of scaleups exist, but the OECD defines them as enterprises with at least 10 employees, growing by more than 20% over three consecutive years, measured by employees or turnover. This definition is a little dated (2007) – and many technology companies are in fact growing at a much faster rate, but it encapsulates the idea of ongoing and constant value creation.

Three key ingredients are required to scale successfully: constant access to cash through repeat customers and funding, operational systems and processes that are fit for purpose, and a strong team that is able to continually hire talented people with strong leadership across the organization.

The majority of startups are not getting this right. According to the Scale-Up Institute, fewer than 4% of startups have over 10 employees, and therefore do not fall into the OECD scaleup bracket.

Around the same time that Sherry Coutu’s Scale-Up Report (2014) was published which outlined the need for a greater focus on scale-ups due to their impact on the economy and the competitive advantage of the UK, a number of scaleup support networks were launched in the UK; LSE’s Elite 18 month programme and Tech City’s Upscale and Future Fifty networks. More recently, Barclays’ report in partnership with Oxford and Cambridge’s business schools (2016) found that there was still much to be done.

The scaleup ecosystem is showing signs of developing, but the support structure still has some way to go. Luckily, all the right ingredients are here.

There’s a plentiful supply of companies who have now graduated from accelerator programmes, many of whom have been part of more than one cohort.

Many of those companies have the potential to become scaleups; they have received significant funding and have been able to validate their products or services in the market, but are ill-equipped to deal with the challenges of scaling.

For the UK economy, it’s not startups that matter, its growth. The real value to the economy doesn’t come from the creation of new companies but comes from the job creation from the increased scaleup headcount.

The demand is also being driven by corporates, who are increasingly becoming more interested in companies which are ready to plug and play into their organizations, users, who expect nothing but the best customer experience, and investors, who are constantly looking out for only the fastest growing companies.

Last year, PwC’s Digital Private Business team decided to play their part. We teamed up with SwiftScale, and separately with Up Ventures, and ran a number of 12-week programmes, supporting over thirty scaleups by connecting them with:
– over 150 corporates looking for innovative enterprise solutions to introduce into their organizations;
– 90 investors hunting for their next unicorn; and
– 25 industry experts willing to share their experience on topics including channel partnerships, the corporate procurement process and other sales and marketing masterclasses.

Although the structure of the programme mirrored that of a typical accelerator, the value proposition and outcomes differed significantly. Firstly, we worked with much later stage, revenue generating companies and secondly, the programmes addressed the scaleup’s immediate needs described above; access to cash, repeat customers and ensuring they are fit for purpose.

Following the success of the last programmes, which saw follow-on funding for a number of our cohort and over 60 corporate pilots, we are now launching a series of programmes across the UK, in partnership with a number of co-delivery partners.

As well as providing the right support to scaleups, these programmes also bring innovative enterprise solutions to our existing client base who are on the lookout for disruptive technologies.

Whether you’re a founder, corporate, investor, industry expert or just enlightened and interested, we’d love to hear from you. 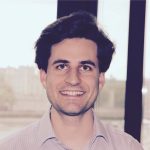 For the UK economy, it’s not startups that matter, its growth. The real value to the economy doesn't come from the creation of new companies but comes from the job creation from the increased scaleup headcount.

B2B Startups: Why Category Creation Should Be Your №1 Priority