…long beleaguered by thoughts of greener pastures and lulled

and with nimble fingers set the subject line ablaze.

the flustered pleas for her to stay. Have title and money alike,

…but emboldened by the bargain, she holds true with zeal, and

soon enough, leaves behind her corporate problems of yesteryear,

in exchange for a new unknown bag.

…there are truths yet to be revealed. It dawns on her that work

come thick or thin, be paid all the same she used to be. Now she

reaps only what she sows; senses rapidly sobering.

…the bore of so many prosaic hats, she is beset by the myriad of

ways to waste time. Each thought coalescing with the next into one

indistinguishable mass, no longer buoyed by hope, sinking into the

…delivered by persistence to the ground floor of the primal hustle

with ropes yet to learn. Her gentrified bubble traded for acrid

industry. It starts to feel real. The deep pride of the first deals

punches through her disillusion. Insight born to failed experiments

and no other way.

…the ancient diaspora of those able to cross from zero to one.

Lit, she looks to her frontiers for expansion. A bright confidence

burns from within, capital of the mind established through daring,

worth more to her now than all the money she had ever made. 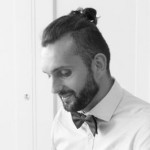 Founder & CxO at Us Group

Doing our bit to keep the VC sector ticking over

When meeting the Mayor…..