The idea isn’t the important bit

When raising capital for early stage businesses, I hear a lot of business ideas. Although, the idea itself doesn’t really matter!

Imagine you meet an entrepreneur with the idea of designing a camera to be worn on your wrist, like a watch. It doesn’t have a screen or any settings selection. It’s simply a small rectangular box which isn’t waterproof without a special casing. You have probably figured out by now that I am talking about the billion-dollar company GoPro. Company founder, Nick Woodman, struggled for many years to develop his product to become the recognisable brand it is today, but would you have invested in his company at the time?

Whether an idea is “good” or “bad” is subjective. Your view depends on personal experiences rather than facts. Social economical background, education and gender are all factors which influence your judgement. Nick Woodman identified a gap in the market for an affordable, waterproof camera for taking action shots. At the time, this segment of the market was reserved for professionals with expensive equipment. Even though he may not have grasped the depth of the opportunity back then, that market existed and it was quantifiable.

Another famous example is Airbnb. Some investors refused to invest US$ 150,000 for 10% of the company back in 2008 (it’s now worth billions). Would I personally have invested in the company not knowing its current success? Probably not. The idea of letting my home to strangers would have been such a foreign concept to me that I would have classified it as a “bad” (if not terrible) idea.

Unfortunately, too many investment decisions are based on that first impression; a pre-selection process to narrow down the opportunities. And, like first impressions, it is very difficult to change one’s mind once an idea has been labeled as “bad”.

A useful exercise is to identify why the entrepreneur is so excited about their idea. The idea is derived from their personal experiences, answering a problem touching them, but what else? How big is the opportunity? How many people will it affect? Which trends are they building on? These are the real questions to ask yourself before forming your opinion.

Industry experts can evaluate the depth of a market opportunity as soon as an idea is formed, making their decision process swift and fact based. Sector agnostic investors, however, must debate on each investment before choosing to spend their time, effort and ultimately capital. Focusing on the facts rather than the idea and on market opportunities rather than on personal experience will help you make more accurate, and ultimately thought through investment decisions. 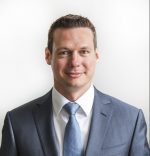 How Blockchain will change the Future of Finance

While on a Trade Mission with the Mayor of London