The New Mayor should…..

Capital Enterprise is a not-for-profit membership network of support providers for entrepreneurs and small businesses across all sectors of the economy and all parts of London especially disadvantaged areas.

The five recommendations set out in the next few pages are based on consultation with our members and feedback from the entrepreneurs they serve.

Appoint a Deputy Mayor with responsibility for Entrepreneurship

With over 30% of the UK’s start-ups being from or in London, and with London ranked as Europe’s No 1 start-up eco-system 1 ,it is clear that the SME community is one of the key motors behind the growth and prosperity of London. Se we urge the next Mayor to step up actions to make London the world city for start-ups.

Appointing a Deputy Mayor to be publicly responsible for entrepreneurship, with a remit to ensure that all City Hall actions are start-up friendly would be a clear sign of intent.

30% of all new contracts to SMEs

We ask the next Mayor of London to review procurement in all the agencies that report to the Mayor (including the GLA, Metropolitan Police, Fire and Emergency Planning, Development Corporations, TfL, etc.) with the aim of awarding 30% of all new contracts to SMEs.

Current procurement policies and practices (e.g 3 years of accounts) essentially prevent most start-ups, scale-ups and other SMEs from bidding for City Hall contracts. Due to this, the Mayor has not been able to take advantage of the innovative skills of the SME community to deliver hi-tech and cost efficient services to the tax payers.

In our opinion, there is a good case for the Mayor to appoint a “Head of Innovation”, with the remit and resources to identify collaboration opportunities and set-up pilot projects with innovative start-ups for the delivery of public services. The cost of housing (to rent or to buy) in London is one of the biggest concerns for both entrepreneurs and their teams. Lately, too many office and industrial spaces have been lost to new housing developments, predominantly in the luxury category (many of which often remain unoccupied).

We would like the next Mayor of London to work with London’s councils and developers to ensure that, as a minimum,

The London Plan needs to be amended to take this into account. In the short term, the Mayor’s planners who are working across London in 45 Opportunity Areas and Intensification Areas, should be given the remit to ensure that affordable workspaces are provided for in these key areas of London.

The Mayor should also work more closely with London’s universities to maximize their resources and talent in building more world-beating high-value businesses in London.

Set up a London Business Fund

Despite London having a dynamic small firms economy, we believe that much more could be achieved if there was a more responsive source of finance. The present Mayor of London used a relatively small sum (£25m) of public funds to set up the London Co-Investment Fund (LCIF). This has attracted another £60m from the private sector which is being invested in the next generation of tech, science and digital scale-ups. We therefore, ask the next Mayor of London to go further and seed fund a new £250M London Business Fund (LBF). The LBF would act as a fund of funds to catalyse and leverage private sector investment in our burgeoning but investment-starved growth sectors.

Through the good offices of the Mayor, a new LBF could be tasked with investing on commercial terms in existing or new venture capital funds that specialise in supporting start-ups and scale-ups in London in a range of growth sectors (tech, digital, fin tech, bio tech, health and medicine, green technology, creative and much more). The LBF would not only cement London as the “Silicon Valley” of Europe but also draw new investment into the sector from a range of untapped public sector sources (including Europe Investment Fund), as well as new private investment from the City of London, overseas funds and others.

The LBF could both make money for its investors and create jobs and wealth in London, while directly enhancing the Mayor’s impact on London’s economy. 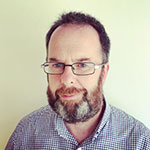 Perspectives from a female CTO

EIS AND SEIS – MYTHS AND FACTS