In 2010, Tech City UK was launched to support the growth and development of Silicon Roundabout, the East London tech cluster. Since then, the early-stage ecosystem in London has transformed itself on many fronts.

In the investment arena in particular, it has progressed from a handful of investors to a vast range of potential funders to boost start-ups. A number of angel groups, networks and syndicates are joining hands to establish formal entities. During this period of transformation, equity crowdfunding platforms have “come of age” with a phenomenal growth rate of 410% adding retail investors to the breadth of funders interested in early-stage ventures.

Funding London became a participant of the early stage ecosystem in 2012, through the MMC London Fund, a Series A fund focused on London based high growth businesses. The launch of our most recent fund, the London Co-investment Fund, led us to get actively involved in London’s tech start-up scene. Although the fund was launched in 2014, the discussions and study began in mid-2013. The industry interactions and the experience of recruiting co-investment partners for the new fund revealed a very rich picture of investors in this ecosystem.

The London Co-investment Fund received 50 unique expressions of interest from potential partners across two calls for proposals. Of those 50 entities or groups that expressed an interest in co-investing with the fund, 54% (27) did not exist prior to 2010. It should be recognised that a number of participants in these “newer” angel networks or syndicates had been investing on an ad hoc basis, but not as formalised groups. The new groups such as Angel Lab, Craigie Capital, Firestartr have increased an individual investor’s fire power through syndication. Yet, according to the information gathered, individual group capacities remain relatively modest. A sample of those expressing an interest in being co-investors showed that on an average, they expected to deploy between £800k to £3m per annum, which means that collaboration with a fund, such as ours, could significantly enhance their investment activity.

A further observation is the degree of fragmentation in the funding rounds in which the London Co-investment Fund has participated to date. The average round size tends to be between £500k to £1.2m and comprises two to three large investors with up to 15 to 20 individual angels. Although, our investment represents 25% of the round, often we are the largest investor. Our partners therefore have an advantage in being able to cornerstone a deal with the co-investment fund money.

It is no surprise that the “explosion” in early stage investment entities has coincided with significant increase in the limits to EIS investment for, both, individuals and companies from April 2012. HMRC has reported a 40% increase in the amount of funds raised by companies under EIS in 2014 versus 2013. Of this amount,£771m was raised for companies offering the EIS breaks to their investors for the first time.

At the same time, we are seeing a steady increase in the valuations that start-ups and early stage companies are able to secure, given the higher levels of funding and competition for the same number of “winning” investment propositions.

So what does this potentially mean for entrepreneurs?

The upswing in investment activity sets an optimistic mood for start-ups and the investor community; but given the high levels of competition to participate in a round, investors should not fail to focus on fundamentals while making investment decisions. 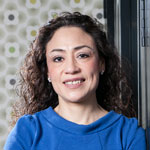 Social investment at the early stage