Why do once successful companies develop corporate cholesterol? Common explanations include executives who are too complacent to notice significant changes in their market and those who freeze like a deer in the headlights of an oncoming car when the market shifts. All plausible explanations. Unfortunately, none fit the facts. Instead, we found that all these companies fell prey to Complacency and Innovation Inertia. When the world changes, companies trapped in innovation inertia do more of the same. A little faster perhaps or tweaked at the margin, but basically the same old stuff. Companies trapped in innovation inertia resemble a car with its back wheels stuck in a rut. Senior executives step on the gas, and rather than escape the rut, they dig themselves in deeper.

Between us, we have over one hundred combined years of executive experience building high growth companies (often triple-digit growth) towards global market leadership.   When companies become market leaders, they forget the mantra to grow fast & innovate or die slowly.  Big company “Corporate Cholesterol” becomes a killer as it stops big companies and other companies from innovating and remaining relevant.  We will outline in two blogs – firstly, the macro view and then next, an ‘early warning system for founder/CEOs of the signs of forthcoming irrelevance.

We found that employees’ observations are a leading indicator of whether corporate cholesterol is building up in the company (or “cholesterol” signs”, as you say). When we were at Oracle in the early days, employees had no hiding places when the mantra was all about customer success and technology innovation to hit that sweet spot of growth through product/market fit. Still, it all changed as the company became bigger and managers (bigger company bureaucrats) started to run businesses sitting behind their desks with endless metrics & spreadsheets remote from the customers.  All inspirational leaders from Bezos to Benioff wish to keep the flame of ‘Beginner’s Mind’ and ‘Day One’ thinking alive, but there are natural forces of big company syndrome to oppose.

Of course, some ‘cholesterol’ is useful and needed in our bodies on a human level. It’s the bad cholesterol that clogs arteries and slows blood flow to vital organs, which is life-threatening. Likewise, blocking the flow of innovation within companies will threaten the existence of once-powerful companies. Evidence shows that more than 40% of today’s top companies will not be around in a decade’s time. They will disappear into M&A or extinction because bad cholesterol clogs their arteries and stops innovation. Just see the shift in top companies https://www.innosight.com/insight/creative-destruction/ with the latest analysis showing the 30 – 35 year average tenure of S&P 500 companies in the late 1970s is forecast to shrink to 15-20 years this decade.

Arnold Schwarzenegger has repeatedly fulfilled his promise “I’ll be back”. However, in business, companies rarely come back. The great names of global business only 20 years ago included General Motors, Exxon Mobil, Ford Motor, General Electric, IBM – America’s biggest computer company for most of the past century – dominated the technology industry across the world. Citigroup and AT&T were leading banking and telecommunication when Wal-Mart was as dominant a USA retailer as Amazon is today. These market leaders not only lost pre-eminence but ceased to be significant players in their industries. 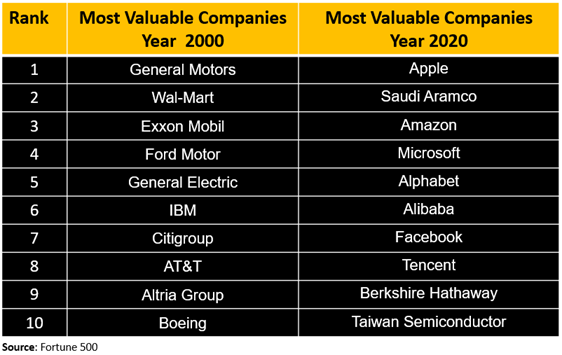 In the 1980s, the management of AT&T believed that if the company freed itself from regulatory restriction by relinquishing local telephone monopolies, it could reinvent itself for the world in which computers and telecommunications were emerging. Their vision of the evolution of the industry was right: the hope that their company could play a significant role in it was wrong. IBM was humbled when the personal computer it had pioneered took away much of the mainframe market it had dominated. The company, after endless restructures, has never recaptured its former glory.

We have seen the same paralysis engulf public sector organisations. One of the wisest decisions for the innovative digitisation of the UK Government with the flagship project, www.Gov.uk, with a clear mission to put the citizen (‘user’) at the heart of Government – was to build a separate ‘start-up’ outside the Civil Service, even in a different building and breathe innovation and obsession with user needs. Gov.uk was a spectacular success winning awards and placing the UK Government as the No 1 most digital government by United Nations.  If the project had been placed in the mainstream civil service, the corporate cholesterol was guaranteed to stifle innovation.

So turning to tech and the world of 2021 today, it seems inconceivable, but will the current Big Techs be a powerhouse in 20 years?

Today Big Techs dominate our lives. The combined revenue of Alphabet, Amazon, Apple, Facebook and Microsoft, jumped 41% in the first three months of this year, to $322bn. The profit growth of these companies has been even more spectacular. After-tax earnings for the five soared by 105% from the previous year to $75bn.  However, will they reign supreme in 20 years? Or will some develop life-threatening corporate cholesterol, like their illustrious predecessors, and relinquish their dominant positions?

Given how popular US tech brands have become, it is widely forgotten that Amazon and Facebook were not in the world’s top 100 companies by market value a decade ago. Yet, their meteoric rise is not that unusual, either. On average, companies that reach the top 10 rise by around 75 places over a decade and then fade. Since 1970, companies that finished a decade in the global top 10 have had a less than one in five chance of ending the next decade there. Oil companies ruled the list in the 70s, followed by Japanese banks in the 80s. Tech names reached the top in the 1990s, and the cast keeps changing.

Big companies grow corporate cholesterol. They talk about staying paranoid, but they don’t.  They seek to defend market share, falling out of touch with young tastes and ceding ground to nimbler rivals. That is why the giants of one decade often deliver such underwhelming returns in the next one and shrink in the popular imagination. The pandemic has offered a reprieve, but history shows that today’s big techs are unlikely to stay there. Expect that pattern to recur unless capitalism is genuinely broken.

Sukhendu coined the phrase “Reinvent to remain Relevant” over ten years ago after working with AstraZeneca’s senior executive team (SET) for a year. Reinventing a business means creating many conditions of a start-up, the sense of freedom, flexibility, and creativity, but at the scale and some guide rails of a large company. You take a customer-centric approach to everything your company does, including innovation, user experience, marketing, promotions, sales, operations, and customer service. The SET of AZ realised that if they abandon their “this is the way we do things” approach and adopt the “Reinvent to remain Relevant” approach, they would leapfrog their main UK rival GSK. That’s what AZ did. Today, AZ leads in the UK, and GSK under Emma Walmsley has been consumed with challenges from activist investor Elliott Management.

In short, CEOs looking for a fundamental shift in their companies’ capabilities and wanting to reduce the bad cholesterol do not need to improve processes, people, and technologies (known as re-engineering or change management). Instead, they need to reinvent their companies. To put it bluntly, reinvention is not changing what it is but creating what it isn’t.  Next, we take a look at the ‘early warning systems’ to keep the flame of Day One burning bright across your thousands of colleagues. 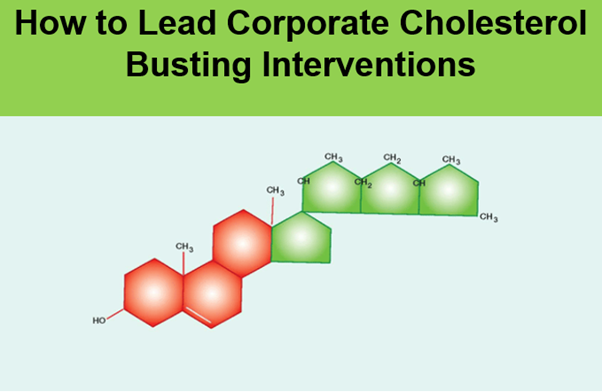 How employers can adapt to business travel turbulence