Why Europe will lead the GovTech Revolution

Across Europe, governments are slowly undergoing a dramatic technological transformation. From central government departments to cities, to schools, to hospitals, to police forces, technology is profoundly changing the way that public services are being delivered and operated. At the forefront of this change is a new ecosystem of innovative technology startups and scaleups.

With the public sector spend representing such a significant proportion of European GDP, there is no market more important, and none more in need of constant innovation and improvement.

In its broadest sense, ‘GovTech’ refers to technology solutions and platforms aimed at transforming public services. Government buys technology products and services to meet a number of core business and policy functions. There are at least 18 distinct sub-verticals, which includes applications of new technology in policing and security, health and social care, schools and education, and smart cities and infrastructure etc. Like FinTech, e-commerce, AdTech, or any other emerging consumer technology market, the majority of new innovations in this space are being driven startups and new market entrants, often backed by venture funding or other forms of patient capital. These younger, smaller companies are able to offer greater levels of agility, creativity and innovation than traditional incumbent suppliers, and offer governments a new and more diverse ecosystem of potential partners to collaborate with. PUBLIC’s database includes 3,000 startups in Europe alone, who are seeking to disrupt the traditional models for delivering public services.

The phenomenon is global, with over €360 billion spent on government technologies worldwide, and a growing part of spending in the GovTech space dedicated to more advanced technologies. GovTech spending in Europe alone is likely to approach €105 billion in 2020, with strong future projections across traditional powerhouse European economies Germany, France, Netherlands, and the Nordics: as well as an emerging appetite for transformation in countries such as Poland, Lithuania, and Spain.

Why Europe will lead the GovTech revolution

Importantly, GovTech is naturally best classified as a European project and has the potential to Europe’s next great technology opportunity. Perhaps more so than any other sector, the success of GovTech relies on genuine European cooperation, partnership and knowledge-sharing. This is true for a number of reasons. First, suppliers looking to work with any public agency across the European Union – however large or small – have to follow the same commercial procedures, and operate across the same regulatory landscape, with rules enshrined from the OJEU. This creates the perfect environment for companies to offer innovative solutions and services across the continent, with customers offering broadly the same challenges and purchasing requirements.

Second, the modern-day welfare state was created in Europe, as were so many of the government structures and services that we rely on today. It only makes sense that the new era of public service delivery – led by new technologies and business models – should be driven primarily by a strong European effort.

Why is GovTech important?

GovTech offers a number of important benefits to governments: to citizens and service users, to startups and innovators, and to the wider economic growth and productivity of a county. In fact, startups support greater innovation at every level for government: in public service outcomes, markets, processes, and working cultures in government.

In addition to delivering more intuitive, accessible, efficient, and user-friendly public services, GovTech can help governments to save significant amounts of money on their technology spend. Today’s government technology market is largely consolidated and inefficient, with a small number of incumbent consulting companies, systems integrators, and technology companies providing services to European government agencies. This has created an environment in which public authorities overspend on complex, legacy IT services: buying cloud-based software services from smaller and more competitive teams allows governments to realise significant cost-savings.

Beyond delivering improved and cost-effective public services, GovTech is an important technology market in its own right: and one that European governments should look to support. There is an emerging ecosystem of potentially high-growth companies using maturing and cutting-edge technologies – including artificial intelligence, computer vision, blockchain, and edge computing. By acting as open and willing customers, governments can help to stimulate the growth and investment opportunities for these companies, while also supporting the continued development of strategic technologies. By buying from high-tech startups, governments will be going a long way to support the growth of a sector that is driving productivity and innovation and creating new jobs. 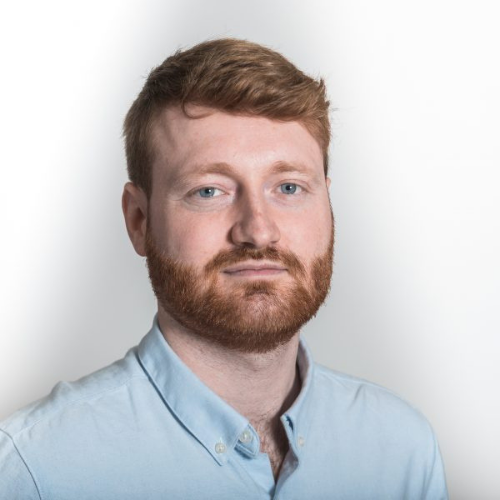 The Hidden Cost of the Monthly Pay Cycle