Why every business should have a Performance Director

The success of TeamGB over the last 5 Olympics has been an inspiration to us all. However, the amazing levels of performance of our Olympic athletes can be replicated in the work place, if businesses are to be as serious about performance as our Olympic sports are. Businesses are serious about results and they pay lip service to being serious about the talent and performance of their people. This difference in focus is the main reason that every business should have it’s own Performance Director, rather than a number of directors who are collectively obsessed with numbers and pay scant attention to preparing to perform in such a way that the numbers would take care of themselves.

If every business had its own Performance Director the following would be true:

 The working environment would be set up to ensure that every member of the business understood what performance for them and the business actually means. Everyone would be able to articulate what they needed to do consistently, with quality and passion in order to give the best chance of achieving targets or results. There would be a shared, obsessive focus on the HOW with a reduction of obsessing about the WHAT.

 Performance reviews would be built into ways of working rather than something that happens once of twice a year. Such an infrequent loop is like athletes not having their twelve months of training achievements made known to them until they had just raced their Olympic final! How can you possibly improve the HOW of performance with such infrequent feedback?

 Employees would be in charge of scheduling their performance reviews and inviting in the key people who they believe have the most influence in helping them to improve.

 Employees would set their own performance goals in collaboration with their leadership, rather than being given their goals and told to get on with it.

 At the end of every day, people would be asking themselves, “what have I done today that’s helped me get better at doing the things I need to do?”, rather than, “how many things have I got done today on my to-do list?”

 A Performance Director would help to build a coaching culture that supported the ability of performers to constantly improve. Therefore, expert networks would be established that allowed performers the chance to connect with technical experts, strategic experts, mindset experts and collaboration experts.

 Engagement would be the responsibility of everyone within the organisation and not something that leadership is charged with “doing” to the employees.

The list could go on. The point is that a Performance Director would bring a different belief system. They would be paid to consistently believe in the potential of people to improve and they would build attitudes and behaviours within the businesses that were consistent with this belief. The PD’s would be challenging people to consistently live up to and strengthen their strengths, all in the pursuit of the right performance to get the desired results.

The role of the Performance Director should not be seen as a soft option. Performance Directors are probably more passionate about winning than most, they simply choose a different way of breathing life into that passion and have the nerve to take their eye off the result in order to be 100% sure they have done everything in their power to provide the performers with the readiness ingredients needed to win consistently. Winning has been said to be the science of being totally prepared. Winning will never be the practice of just talking about winning and asking whether we’re going to win or have won yet. Can you afford not to have a Performance Director in your business? 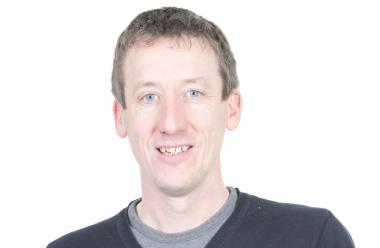