Why the UK’s engineering needs an investment upgrade

Engineering is vital for Britain’s economic success. It’s also a very big part of its national outlook at a time when the country’s future direction – and identity – are up for discussion every day.

Engineering and technology contributed £455.6bn to the UK’s GDP in 2014 – a figure that could reach £608bn by 2022. The sector employs 5.5 million. Britain is responsible for some of the most innovative technologies that are changing the world – from energy production to transport to mobile communications to the space industry.

And although some of London’s trendiest high-tech locales might be more commonly associated with software, apps and social media – engineering is still very significant for the city.

Not only is the capital home to many investors, advisors and suppliers to cutting-edge technology companies across the globe, but it’s also home to many new ventures and scale-up businesses in engineering – as it has been for hundreds of years.

Take Dearman, for example. The company – based in London and Croydon – has developed a liquid nitrogen engine for use in trucks for cooling (instead of a second diesel unit as is usually the case). The Dearman engine could cut diesel consumption by 25% as well as being zero-mission.

In June, Sainsbury’s began trialling the engine at its major distribution depot in Waltham Abbey. Dearman founder and CEO Professor Toby Peters says the engine could eventually be used not only in mass-market transport but also for back-up cooling and power in buildings – particularly in parts of the world that happen to be home to many of the world’s fastest growing populations.

“I think it’s fair to say that people are now thinking about how we deliver our ‘cold’. Do we need more energy delivered into a building or do we need cooling? Big industrial change now is coming from hot countries who demand cooling.”

Dearman has already raised more than £30m in investment from venture capitalists, corporations, private investors and UK national and local institutions, including Innovate UK. The company could be in full production by 2018.

Taking a political perspective, the next steps towards Brexit and Prime Minister, Theresa May’s push for a new ‘industrial strategy’ (including the creation a new government department) make the contribution of engineering to Britain’s international competitiveness, exports, R&D and innovation more important than ever.

We welcome the contributions of Funding London and the many organisations in its network to the discussion about how the UK can boost public and private investment. 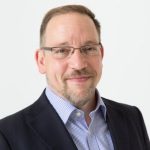 Communications, public policy and advisory work for the Corporate Finance Faculty and ICAEW

When meeting the Mayor…..