Why UK Start-ups fail when expanding into the US

Expanding into foreign markets can be a significant advantage for start-ups. Why, then, do 9 out of 10 UK-based start-ups get it wrong?

It’s often because start-ups make many fundamental mistakes. I should know, as along with Steve Garnett and Stephen Kelly, we were Europe-based executives at Oracle, Siebel System and Salesforce over the last three decades when all three companies first expanded abroad. Subsequently, I invested in many companies on both sides of the Atlantic. Out of these investments, two UK-based start-ups went to the US too early and ended up in bankruptcy. Another five UK-based start-ups navigated their expansion with our help and doubled/tripled their growth (in revenue, profit and people). Start-ups from the UK can grow and thrive abroad as long as they take the right approach and avoid the following seven sins:-

1.     Learn to walk before you can run like Usain Bolt: Most UK-based start-ups head for the US well before they’ve proved their consistent revenue growth and business model at home. They forget that re-creating something comparable in the US requires new customers and maybe even a new product line, both of which are heavy lifts. Going too early to the US stretches an already lean organisation. So, what is the right time? Here is a list of six questions for a start-up founder/CEO. If you can answer “yes” to all these questions, it’s time to consider expanding to the US:-

a.     Is your UK business thriving? The way the product is sold in the home market should be repeatable without much change. You’ve grown your business (in terms of revenue, people and profit) in the home market consistently over the last 3-5 years.

b.     Is there a demand for your product in the US? Early customer wins can be turned into local case studies that kick-start the business in the US.

c.      Is your core founding team strong and deep? Overseas expansion is a cross-functional effort that must be shouldered by several members of the founders/CEO’s executive team.

f.       Are you well-funded? Successful overseas expansions come with significant up-front investments, including hiring senior local executives on the ground.

2.     Flawed operating models: The new model for overseas operations is based not on the priorities of home, but the marketplace needs and locating the business where it can conduct efficiently and managed profitably. However, adopting these new operating practices need courage, experience and conviction. When crafting an overseas operating model, most founders/CEOs make two limited and flawed assumptions: (a) the key challenge is to strike a balance between economies of scale and responsiveness to local conditions, and (b) the more emphasis they place on a scale of economies in their operations, the more successful their operations will be. However, the reality is the opposite: It isn’t economies of scale but economies of skills that is a mandatory prerequisite for successful overseas expansion.

3.     Forgetting what made their success at home: Start-up’s success in the home market in the early days was because people worked across functional silos; software engineers talked to customers, salespeople suggested product changes, customer support did market research, and everybody else hired people who are as good as them or better. This kind of cross-functional, silo-busting effort produced amazing results. Yet when start-ups expand to the US, many founders/CEOs view it as a straightforward sales effort, setting them up to fail. Poor expansions are often caused by untested business model, terrible timing, poor hiring, flawed distribution models or product issues. The hidden culprit of a poor go-to-market expansion is marketing than sales. I found over 70% of start-ups didn’t have a single marketer on the ground in the US two years after landing there. Founders/CEOs forget that sales can only win once other functions create a tailwind that sales can ride.

4.     Failing to hire top local talent: Most UK-based start-ups struggle to fill key leadership positions abroad, putting a considerable constraint on their potential growth. Even when their past senior appointments proved wrong, they continue to appoint similar people. Successful start-ups always hire top local talent when expanding abroad, who know the market and have a track record of growing companies to multi-million dollar outfits. For example, when Oracle decided to expand in Europe, Larry Ellison didn’t parachute an executive from his US business to Europe. Instead, he hired Geoff Squire in the UK.  Similarly, when Tom Siebel of Siebel Systems and Marc Benioff of Salesforce expanded in Europe, they hired one of Europe’s top executives, Steve Garnett, to grow their European businesses. As the results show, Oracle, Siebel and Salesforce became multi-billion dollars companies. Today, top talent is not confined to the home market in London, Cambridge and Manchester alone; the right skill sets can also be found in New York, Boston, San Francisco, and Chicago. Most UK-based start-ups’ outdated appointments of senior leaders in the US carries a considerable cost. Hiring the right person abroad is the first step; setting them up for success is the next.

5.     Unable to break out of marginal founder/CEO mindset:  Successful overseas expansion doesn’t start “over there”; it begins at home. The expansion is doomed without the founders/CEO’s interest and support. The US expansion can seem like a project that only requires founder/CEO attention for a few months until the right people are hired. However, treating it as a short-term project or delegating to others is a missed opportunity. Consider it the first step on a decade-long journey of globalising the company to fulfil its true potential.

6.     Poor understanding of the US market: Founders/CEOs planning to enter or who have entered the US market mainly talk about sales opportunities. However, will this factor alone ensure their start-ups’ success? The simple answer is NO. I found that most founders (7 out of 10) of UK-based start-ups never worked outside the UK, yet many say they can conquer the overseas markets. This is similar to me winning matches in my local tennis club and believing I can win at the US Open, beating Federer or Djokovic.

7.     Not leading from the top: As I observed the journeys of around two dozen UK-based start-ups over the last ten years, I was struck by one commonality among the successful ones: moving from the UK to an overseas market was always led from the top, and it was neither an ego trip of CEOs/Founders nor as a result of pestering from VCs. The successful start-ups had leaders who led them up the value curve in every case.

What does this mean for UK-based start-ups?

As UK-based start-ups emerge from the Pandemic, founders/CEOs have an unheralded opportunity before them. Before this Pandemic, most UK-based start-ups were London, Manchester, Cambridge or Oxford centric. Decision making and communication depended on being close to the founder/CEO and founding team at the home location. There were few processes, practices and systems to overcome physical distance. One of the reasons they failed abroad had nothing to do with customers, cultures, languages or regulations. It was a failure to operate as a distributed, fully functioning team and committing one or more of the above sins.

The Pandemic has removed a considerable obstacle to overseas expansion as we learned to work well remotely. Start-ups are discovering they are much better placed now to become international companies than they ever were before. The successful founder/CEO will take advantage because internationalising a company doesn’t happen abroad. It occurs in the founder’s mind and not committing any of the above seven sins. 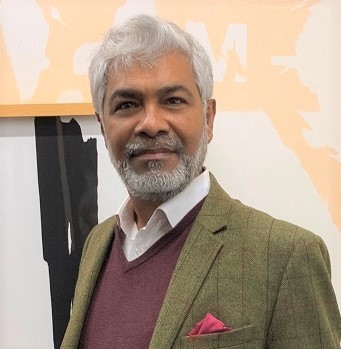 How I raised $10 million over Zoom: Learnerbly’s Raj Dey on tips for raising money

Designing the future with purpose