Nike. Slack. Google Ventures. These three entities probably sound completely unrelated. In fact, they have one thing in common: they are industry leaders. But there is something else they share. They all believe design really matters. Not in the traditional sense of graphic design, but in the holistic sense: they believe in carefully crafting the end-to-end experience of their customers. Coincidence? No. First-class design is how they compete.

Some of the world’s largest publicly-traded companies understand the role of design and invest their resources accordingly. Businesses like GE and Fidelity have grown their design teams at a staggering pace in recent years, often through the acquisition of entire design studios. But the poster child of this movement is IBM, which has effectively become the world’s largest design firm with a design headcount approaching 1000.

Data tells us that these investments will pay off. In 2015, the US think tank DMI created a theoretical Design Value Index which revealed that design-conscious organisations such as Apple, Nike and Starbucks outperformed the S&P 500 by 219% over a 10-year period. Embracing design at an early-stage takes far fewer resources, which is why many startups do. But some startups don’t just use design to create good products – they use it to win over markets. One notable example is Slack, who entered the enterprise communication market late and won by being more user-centric. They are now valued at $4B. Another well-known company is Medium, who effectively took over the age-old blogging industry by creating a fantastically simple and elegant blogging platform. But perhaps a lesser known story is the one of the cloud infrastructure startup Digital Ocean, who became the fastest growing cloud company in the world by focusing on what their competitors weren’t doing: delivering a great user experience. Unsurprisingly, the reality that design-focused companies win the hearts of users and markets has not gone unnoticed in the world of venture capital. This trend has led to the rise of design leadership at top VCs such as Google Ventures, True Ventures and Greylock Partners. But it has also given birth to an entirely new kind of portfolio strategy: Designer Fund exclusively funds startups co-founded by designers. And the fact that VCs are believing and investing in design is reflected in the numbers. In 2016, 36% of the top venture-backed startups had designer co-founders and 21% of the so-called global “unicorn” startups across all sectors were design-led. Competing with design is a battle-tested strategy, but that doesn’t make it an easy one. Design thinking requires a focused, thoughtful approach. If you’re a startup, it means investing in it from the start and fostering a design-conscious culture. If you’re a large company, it involves deploying significant resources and building systems to manage design at scale. If you’re an investor, you need to become a design expert, or have one on your team. But in every case, done right, design is the ultimate differentiator. 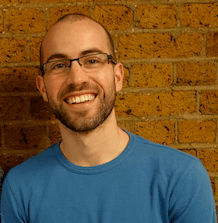 Employee wellbeing in an evolving workplace