As an entrepreneur, leadership is the most important part of your job. But in a constantly changing business climate, you can’t model yourself on leadership archetypes from the past and expect to meet the challenges of today’s workplace. Barking orders at your subordinates is the domineering 1950s boss and this will not get your staff on side. And the buddy-buddy, hang-loose management style of the 2000’s will not get results fast enough to keep pace with the competition.

The question is: ‘Is there too much management and not enough leadership in today’s business world?

If organisations do not recognise that, they risk falling into a complacent mentality and achieving only incremental improvements at best, so what happens to the real asset of people?

The new millennial world of leadership is ‘certainty is uncertainty’. Executives and CSuite simply cannot control as they seek to create value, accelerate growth and sustain high performance within their companies and throughout the global marketplace.

But one variable that absolutely can be controlled in the drive for enriched revenue and profits is leadership.

If an organisation can develop and maximise its combined leadership acumen, particularly at the top, then the company can best understand how to shape, guide, and transform its people’s behavior. It can also tune its strategy, remake its business, and bring the full power of the culture together to succeed – even in today’s volatile and unpredictable environment.

The one single factor that is scary to many companies, it’s change. Dealing with change requires leadership at all levels if that company is to survive the turbulent wave of uncertainty and misdirection that change brings. Leading in adversity amidst constant change requires focus, commitment, and a well-tuned internal and moral compass to know which way is ‘right’

So what exactly really motivates employees?

Let’s begin by defining engagement as the “positive emotional connection an employee has to their work and their workplace.” In short, caring about work leads to commitment and wanting to give more than is required or expected.

More than simply “satisfaction”, employee engagement is a positive emotional connection to the work they do and a “thinking connection” to the belief in the goals, purpose and mission of that work. Employees want to feel proud, feel enjoyment, feel support, but more than that, they want to believe that their work matters, that they contribute, and that it resonates their values.

One challenge leaders face is making sure their people’s voices are heard. If people feel as if opportunity eschews them then they will immediately take themselves off the playing field and the leader will lose support.

When focusing on engagement, it is important to understand who in the organisation is really ready and who may need some help moving forward. During times like these, a certain pattern of behavior sets into many organisations.

Generally, the leaders creating strategy are living in the future, concentrated on indicated trends six months out. They are looking at the next quarter’s timeframe. Workers primarily function in the present, concentrated on accomplishing the key tactics of the day to day. Many workers find it difficult to shift into the mindset of future strategy and need time to process.

As a leader, it is your job to educate the entire organisation, from top down, clearly identifying the path ahead. The challenge is to continue to move forward, with your employees feeling more than just clear and confident about the strategy and direction, but also excited and invigorated about the potential. As a leader in today’s business environment, you are in the energy business, the human energy business. You are called to build a sense of engagement, helping employees realise the growth potential for the organisation, the team, and themselves.

Many of the world’s most respected leaders have several personality traits in common. Some of the most recognisable traits are the ability to initiate change and inspire a shared vision, as well as knowing how to “encourage the heart” and model the skills and behaviours that are necessary to achieve the stated objectives. Good leaders must also be confident enough in themselves to enable others to contribute and succeed.

Let’s now look at some of the most recognised model leaders from the past:

Good leaders are never satisfied with the status quo and usually take action to change it. In addition, strong leaders bring about change for the common good by involving others in the process. Roosevelt. sought practical ways to help struggling men and women make a better world for themselves and their children. His philosophy was, “bold, persistent experimentation…Take a method and try it. If it fails, admit it frankly and try another. But above all, try something.” Being willing to take risks by trying new ideas and involving others in the process of change is a key quality of strong leaders.

Inspiring a Shared Vision — The Leadership of Martin Luther King

Leaders, through their words and actions, must have the ability to draw others into a common vision by telling others where they intend to go and urging them to join in that vision. Martin Luther King’s vision of a country free from racial segregation and discrimination, so poignantly expressed in his famous “I have a dream…” speech, exemplifies this critical leadership trait. King had a vision of a better America, and his ability to bring both whites and blacks together to march against segregation changed America profoundly.

Strong leaders not only need to have a vision and the ability to initiate change, they must model the values, actions, and behaviors necessary to make the vision reality. Ghandi not only created and espoused the philosophies of passive resistance and constructive non-violence, he lived by these principles. According to Indira Gandhi, “More than his words, his life was his message.” By choosing to consistently live and work in a manner that exemplified the values he believed in, Ghandi engendered trust, becoming a role model for others looking to affect change without resorting to violence.

Encouraging the Heart — The Leadership of Winston Churchill On December 29, 1940, London was hit by one of the largest aerial attacks of World War II. Somehow, St. Paul’s Cathedral survived. Two days later a photo showing a silhouette of the dome of St. Paul’s, surrounded by smoke and flames ran in the paper with a caption that read, “It symbolises the steadiness of London’s stand against the enemy: the firmness of right against wrong.” Churchill recognized the importance of St. Paul’s as a morale booster. His instructions were clear on that December night, “At all costs, St. Paul’s must be saved.” Leaders must be able to encourage the hearts of those who share their vision, providing a sense of confident optimism even in the face of enormous difficulties.

Traditional skills have not been supplanted but they now co-exist and very visually have survived with a mix of new factors.

First of all, digital leadership can be defined by a leader’s contribution to the transition toward a knowledge society or community and their knowledge of technology. Digital leaders have an obligation to keep up with the ongoing global revolution. They must understand technology, not merely as an enabler but also for its revolutionary force.

Leadership must be driven by an attitude of openness and a genuine hunger for knowledge. Of course, no rule dictates that leaders must be literate in coding or that they graduated from machine-learning but, there is an imperative to understand the impact of breakthrough or revolutionary technologies.

Today’s leaders must have the ability to identify technological trends across different sectors, such as big data, cloud computing, automation, and robotics. However, first and foremost they must possess sufficient knowledge and the vision to use these resources most effectively.

Secondly, in a knowledge society, what we do not know is as important as what we do know. Leaders should know their limits and know how to acquire missing knowledge. A leader of the future is more like a community manager rather than an authoritarian.

These days, we are observing the decline of traditional hierarchical models of organisation. Take a look at how the organisation of governments has changed across Western societies in recent years. A number of governments have introduced or reinforced public consultation processes as well as opened up public data for the benefit of their citizens.

These processes, by and large, will continue to grow. As a result, the hierarchical model tends to be suppressed and replaced by horizontal structures among executives, leaders from different sectors, researchers and representatives from civic society. Hierarchy fails in the digital age because it’s slow and bureaucratic, whereas the new world is constantly changing and requires immediate responses.

Information is key. In today’s world, power is not gained by expanding new territories or areas of influence but by deepening and widening networks and connections. But what is the role of the individual or leader, or of qualities that distinguish one grain of sand from another?

Having acknowledged that digital technology will play a decisive role our future, leaders cannot afford to show fear or reluctance in implementing it. Instead, they must embrace technology with a clear view of its potential. We must set sail for new, ambitious lands. We choose to go to Mars because our technology enables us to at least attempt the exploration on other planets by the 2030s. And we choose to develop other fantastic things every day – self-driving cars, more powerful batteries, the Apple Watch, drones – to name only just a few.

Finally, when leaders move toward improving their observable behaviors, they have the extraordinary ability to positively influence employees to willingly become engaged. That’s a powerful investment that pays dividends not only in developing good people, but by directly affecting the organisation’s bottom line.

My conclusion is that leadership in today’s world is a balanced mix of universal characteristics and digital leadership traits which has the potential to guide us through years of transformation with optimism and idealism. Technology continues to prove that it can be used for the benefit of mankind, but only if we set sail on the right course and with smart individuals that make our journey, progress, and performance so much worthwhile.

“Leadership is not about a title or a designation. It’s about impact, influence and inspiration. Impact involves getting results, influence is about spreading the passion you have for your work, and you have to inspire team-mates and customers.” 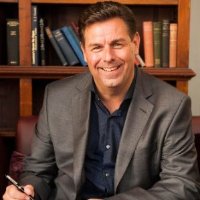