Perspectives from a female CTO

Whilst there is a lot of social and behavioural science that explains the challenges of increasing the proportion of women in senior positions in the workplace, here is a first-hand account of what it is like to be a female CTO in a very male dominated world. These anecdotes from Debbie Atherton, former CTO at SmartFocus (Aim listed), will no doubt resonate with a lot of senior women across all industries. The good news is, there is some evidence that this is changing.

It is not news that there aren’t many female CTO’s in the workplace. But why is that, and is it actually a problem?

Firstly, any C-level employee and board member (whether in technology or any other stream) gets to that position with hard work, dedication, unending enthusiasm and talent borne from years of experience. So, the experienced C levels in most workplaces today probably graduated 30 years ago.

When I was at Uni, in a year of 150-200 mathematics and computing students there was me and 2 other females. They both dropped out before graduating. If that was similar across all other Uni’s, then that’s a very tiny number of female technologists entering the workplace at that time. Within 5 to 10 years, how many of those took a career break (either temporary or permanent) to have children?  The number of females even sticking around long enough to make it to Manager level was small enough, never mind the diminished numbers that were still there to get to Directors and CTO’s. I certainly haven’t met that many on my travels.

So, is it any wonder, that when it comes to recruiting CTO’s, the boards find it hard to put a female in that position, when there are so few available to put themselves forward? And what of the ones that do?

To sit on a board with fellow C levels, to help steer, grow and lead a business forward to success, requires considerably talented individuals, with complementary skills, that work extremely well together as a team. If you’re the CEO recruiting a new CTO, you’re not just looking at the best there is to fill a particular skills gap, but the best fit for your existing team. So, if your existing team is all male, bringing the first female into the mix would probably be perceived as a brave decision.

Women are often stereotyped with tags like ’emotional’, ‘not bold enough’ and so on, but none of them are justified. I’ll never forget two ‘career defining’ moments that made me stick with this.

I’m a stubborn old sort and never suffered from a lack of confidence, perhaps too much self-belief if anything, which is possibly why I’m still in this industry. Today, I’m using my expertise and experience to work with Hive Marketing Cloud on a part-time basis to assist the team with developing and selling the best marketing automation platform for the mid-tier market; providing mid-tier businesses with all the functionality and ease of use that large enterprises have access to in their marketing suites; but at an affordable price.

The 2 founding directors are younger, mid 30’s, and grew up as part of a generation that had a little more equality drummed into them from an earlier age. As a result, they’re indifferent to the gender of the staff they employ. The CEO has been around the block on this type of marketing technology before but is also aware that he needs the best he can get, regardless of gender. Today the company has a 50-50 male-female split of all employees, and it’s a balance that really seems to work – team morale, diversity and happiness are high, and the company is going from strength to strength.

My guess is that with every passing decade, each new generation comes through to management with a little less gender bias until eventually it really is down to just the best team you can get.

Debbie Atherton started her career as an information analyst. Later as a CTO of Smart Focus, she prepared the company for its flotation on AIM. In addition to being a technologist, she is an entrepreneur and specialises in marketing software, processes and services. 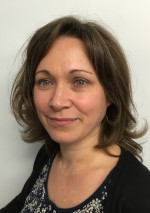 The New Mayor should…..