Nick Katz wakes early in a one-bedroom flat in east London, to clean the lavatory. By 9.30am, his 11 employees have rolled in, and they cook and eat breakfast together. Katz also spent the night in the flat — not his permanent home but the headquarters of his technology company, Splittable, which has developed an app to help housemates handle their bills quickly and without arguments.

In December, he decided to move his team from a co-working space nearby to the flat in Shoreditch. The landlord is happy for it to be used as a live/work space by Katz, who lives there part-time.

As a result, Splittable staff can watch Netflix, play video games, take naps and stay as late as they wish to get work done. House rules dictate that visitors, including investors in suits, must take off their shoes. “We wanted our own space to build our own culture,” said Katz, 33, who started the venture three years ago.

The business rates bill has still to be fixed, but as it stands, the overall costs are roughly 30% lower than for Splittable’s previous base. The staff live like housemates during work hours. “We want to live and breathe the problems we are solving. Productivity has gone through the roof,” said Katz.

Making workers feel at home is just one of the ways he hopes to build a revolutionary company. He also has staff commit to the values: “live and learn, give a shit and be a champion”.

While entrepreneurs used to fill offices with brightly coloured beanbags and pool tables to make them feel trendy, they are now focusing more on building a values-driven culture to keep staff motivated and revenues rising.

Brett Putter, a culture consultant for high-growth companies, said that 10% of start-ups invest money in creating a more productive culture. “The perks do not make your culture,” said Putter. “The difference between great companies and average companies is that the great ones look at their culture as an asset. Culture is the glue that keeps you together, especially when things get difficult.”

Sceptics claim that hype can outweigh the benefits. “In the past, companies tried to encourage conformity. Now firms encourage their employees to ‘be themselves’ at work,” said André Spicer, professor of organisational behaviour at Cass Business School. “But lurking underneath is a deeper anxiety associated with hyper-flexible employment, an increasingly distracting working environment and a creeping suspicion many employees have that even the coolest-sounding jobs are actually relatively meaningless.”

He added that most cultures are “nine parts symbolism and one part substance”, because “firms concentrate on developing empty values statements and spend money on staff awaydays to do ludicrous things such as learning to beatbox or pretending to be a ninja”.

Spicer has come across companies that are trying so hard to bring wellness into the workplace that they have installed bicycle desks that power laptops and treadmills with computer screens attached. “There are instances when cultures can become cult-like,” he said. “When this happens, employees start to rely on the company. They look up to the lead like a guru.”

At Hubble, an online marketplace for flexible workspace, staff enjoy flexible work hours. “As long as you are getting your work done, where you work and how long you work for is up to you,” said co-founder Tushar Agarwal.

The mantra for the 20 staff is: empathy, empowerment and experience. They are surveyed monthly to “create a better experience” for them. Their suggestions have led to a daily 3.30pm coffee break and the addition of plants and trees to the office, also in Shoreditch.

Hubble helps tech bosses, like Katz, seeking property with a very different feel to the usual office environment. “A lot of the Silicon Valley pundits recommend that staff at start-ups should live together,” said Agarwal, 28.

Splittable is part-way there already. “People like to make lunch and breakfast together and basically do all the things they could do at home on the weekend, except they’re working,” said Katz. 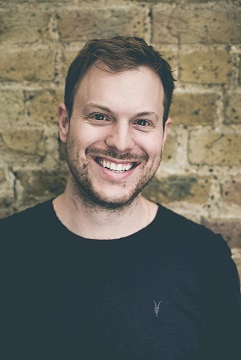